The Deal of the Arts 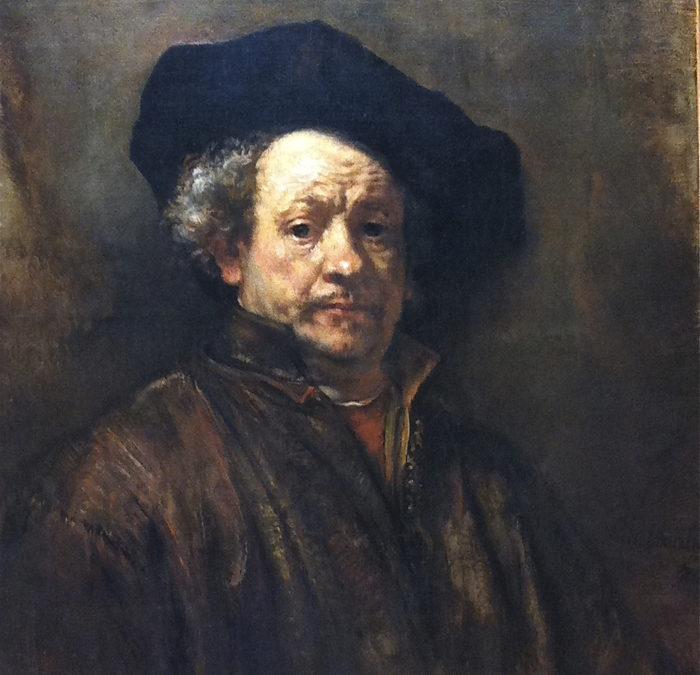 For What It’s Worth

This self-portrait was painted by Rembrandt in 1660. It’s called the Altman Rembrandt, because it was bequeathed to The Metropolitan Museum of Art (NYC) by Benjamin Altman. I assume to bequeath is to give for free, but I’m sure Altman paid dearly for it.

I tried to get an idea how much it is currently worth, but found nothing. It is certainly worth many, many millions. Ironically, Rembrandt painted this when he was in his mid-fifties, abandoned by students, and in bankruptcy. Students were the bread and butter of painters, keeping them solvent between commissions. Rembrandts are among the greatest paintings in the world, always ranking among the highest valued art anywhere on the globe.

Another Down and Out Artist 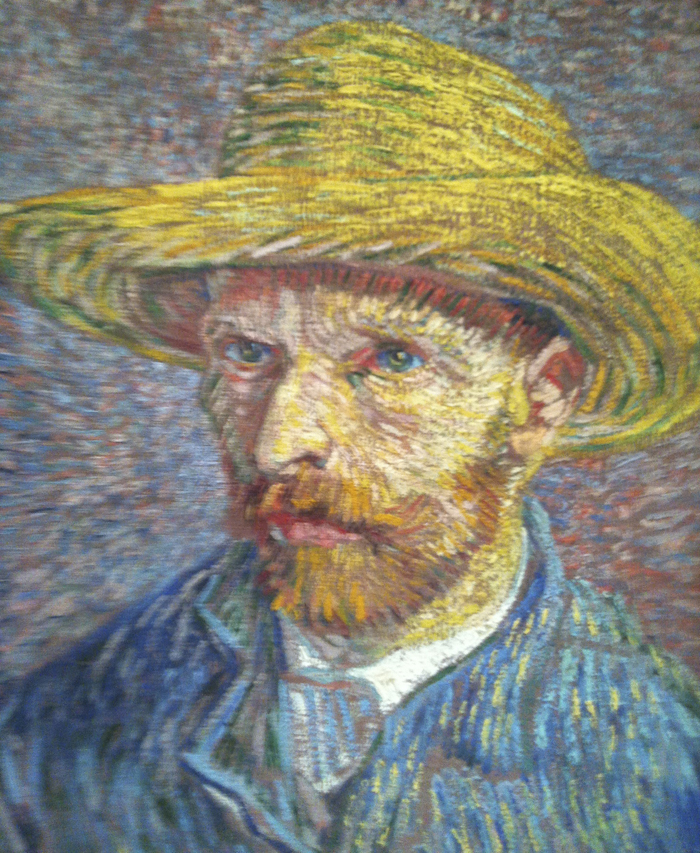 The Met also displays this self-portrait by another famous Dutch painter who came along a couple hundred years after Rembrandt. Van Gogh was as avid a self painter as Rembrandt. Both men created some of the most arresting images in history. Few other artists had a penchant for pondering their visage with such transparent vulnerability.

When Is a Picture Worth a Thousand (Bucks)?

I’m thinking about this because of a recent conversation with my good friend Lisa, herself an extraordinary portrait painter. Please take a look at her fine work http://www.lisaober.com

As artists often do, we discussed, debated, dissected, and commiserated on the state of affairs regarding art making and its value in the current culture.  We ruminated on the differences between artists and their perceived value depending on the prevailing mores and tastes of those who fancy themselves taste-makers. While Rembrandt and Van Gogh are highly regarded by any knowledgeable art critic, the difference between them, as image makers, is obvious. Van Gogh sold next to nothing in his lifetime, and would, in his day, have been considered eons from Rembrandt, talent-wise.

We are now able to “get” Van Gogh (so we think), and most of us have no problem with Van Gogh. In fact, most of us really like him, hence those many, many, many millions.

Well, what about those many millions some are willing to hand over for the product of this troubled soul? Or for those more accessible Rembrandts? I do know some folks who don’t like Van Gogh, but I’ve not met anyone who isn’t impressed with Rembrandt. He’s one of those obvious greats that you don’t have to work up a sweat trying to justify.

That said, these conversations usually end up in debate over the value of a Rembrandt as opposed to the abstract painters Rothko, Pollack, or Picasso. Rembrandt is considered more worthy of his millions than Pollack, whose splatters are not as valued (by most), as the carefully painted portraits of the Dutch and Flemish masters.

If, however, a Rembrandt, or even a Van Gogh, is considered worthy of their price, at what point are their prices beyond reason? Should they be cut off at 1 million dollars? Then why not cut them off at  $900,000.00?

Value is an odd thing. The “What the Market Will Bear” idea is what allows such works to be sold at such prices. That seems to be in play whether the art is highly appreciated by many people, or only a few. A Rothko will get as many millions as a Rembrandt, even if fewer people like Rothko. Those willing to spend millions for a painting aren’t inclined to ask what you or I think of their buying decisions.

All this eventually comes down to less valued artists like me. My art is valued by those who hire me to do it, and by those who buy my prints, but so far I’m not in the same league as Rembrandt or Van Gogh. Rembrandt and Van Gogh weren’t even in their league when they were alive.

So what is an artist like me worth? I’m being pretty vulnerable here, so please go easy on me. I’m valued well enough to have made a career with my art, for which I’m thankful to God. My niche is whimsical children’s art, mostly for books and curriculum, and mostly for the Christian publishing market . I’m appreciated by a goodly number of clients across the country, and my work is popular enough to make me feel secure in my calling.

I seriously doubt my works will wind up in a billionaire’s collection, or a museum, unless there is a museum of Christian children’s book and Sunday School art that I don’t know about. Suffice to say, art like mine; illustration to be more precise, is not in the seven figure category. That’s quite okay by me. I’m thrilled I’ve been able to do this for a living, and I believe I’m well suited with my skill, faith, and personality mix for my type of art.

I do create more serious art from time to time, usually for my own enjoyment, like this portrait. 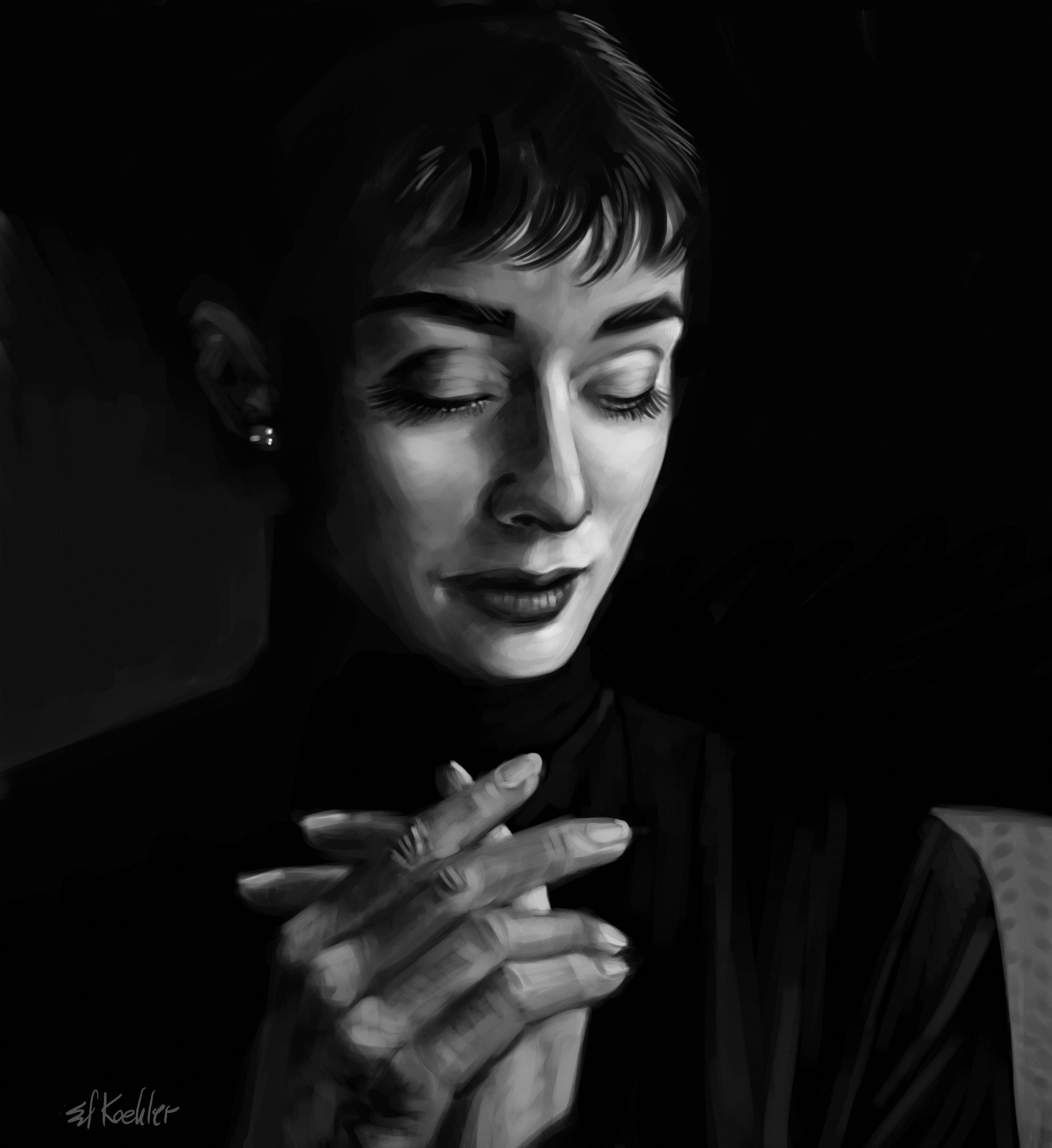 This sketch was done with a Wacom tablet, on a Macintosh, using Corel Painter software. That fact will reduce its value for some. It’s also derivative, drawn from a photograph, another possible factor in its evaluation.

It is not, however, traced, or a manipulated photograph. I drew it “traditionally”, meaning that I propped a photo up on my desk, used my digital pen on my tablet, and drew freehand while looking at the photo reference. The photo wasn’t scanned into the computer and drawn over. I drew it exactly the same way as I would have drawn with charcoal on paper, admitting the obvious convenience of redoing a section more easily if I flubbed it. I blocked out broad dark shapes, and worked out values (variations in gray) and drew the anatomy and features in the most traditional of ways.

Does that information increase value? Is this piece considered more worthy knowing it was drawn in a traditional manner? Less worthy, knowing it was derivative, drawn from photo reference? I’m not making a case that it’s worth anything to anyone, I’m only using one of my own pieces, different from what I mostly do for clients, to wonder aloud what its value should, or could, be.

Art is, I believe, of great value for human flourishing. I can’t demand you allocate any of your personal budget for art, but I hope you do consider art valuable, and ponder life without it. If you’ve read many of my earlier posts, you’ll know that I take a rather liberal approach to what constitutes art. My point isn’t to dictate your tastes. I only know that I allow for a great deal of whimsy and humor in my own image making, and make considerable departures from highly representational art most of the time. I do love to create drawings and paintings in realistic styles, but I’m mostly fired up by whacky and whimsy.

And of course I love Rembrandt.

While I remain unsettled as to what his, or anyone’s art is worth, I’ve no doubt it’s worth something, and more important than the dollar signs are the dignity signs art points toward. Art is yet one more thing that points to the innate dignity of humans. Image making is reflective of image bearing. Our drive to create stems from our being made in the image of a Creator.

If and when individual art sales exceed  reasonable amounts (and I personally think they do), those excesses shouldn’t devalue art or its makers. Artists, like all noble workers, are worthy of their hire, and should be as valued as any contributor to human flourishing. The work of their minds and hands enrich your life. As I’ve told many students, stand wherever you are, turn 360º, and absolutely everything that you see has been designed. That has to be worth something.

The Rembrandt and Van Gogh self-portraits were photographed by Ed Koehler at The Metropolitan Museum of Art in 2012. Both paintings are part of their permanent collection.