The Art of Anxiety 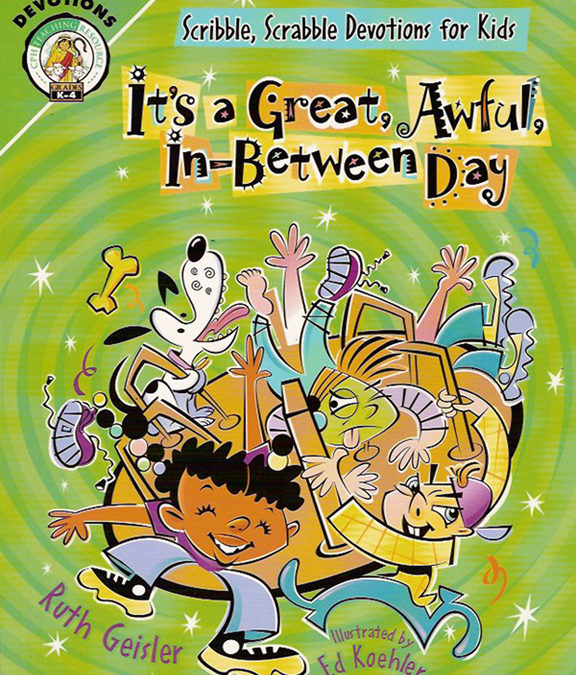 As a children’s book illustrator, I’ve been called upon to create a fair number of images that depict high anxiety, in a whimsical way.

The cover shown above was for a fun devotional activity book. Since a number of the devotionals centered around conflicts or frightening situations, it was decided the cover should playfully depict a common childhood terror.

Nothing merry about them from my recollection. When the designers and art directors contacted me with this assignment, I was on it. I had vivid memories of these terrible contraptions. The worst was in a schoolyard in my grandparent’s neighborhood.

I should say right off that there was no conceivable consideration for safety in the design of this “amusement”. The typical playground merry-go-round was a flat disc of industrial metal large enough to hold several victims at a time. The disc was subdivided by corroding pipes meant to serve as handles. The thing was mounted on a center post upon which the disc, with its youthful passengers, would be spun somewhere near the velocity of the accelerator ring at the Fermilab outside Chicago.

As pictured above, the ride was powered by a willing (too willing) volunteer who would not stop spinning it until he either passed out from exhaustion, or had to go register for the draft. The passenger’s experience varied according to their constitutional make-up and zest for life. As I recalled, there was usually a happy rider, a sick kid, a kid spinning so out of control you saw only blurred limbs. I added the crazed dog for fun.

I myself hated the thing, because I was thrown from the one in my grandparent’s neighborhood school yard. I’m pretty sure the volunteer spinner looked exactly like the kid in the purple cap, because his delightful visage is seared in my memory.

Did I mention the playground was made of hard asphalt and often strewn with broken glass? Sweet youth. 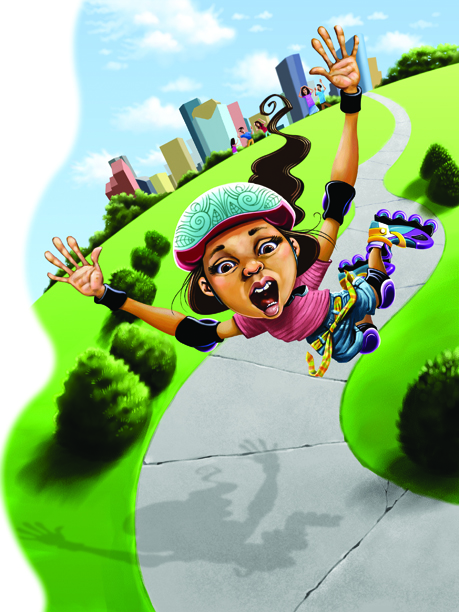 I may be older than a lot of my readers, so let me give a history lesson. In my youth, only the military, firefighters, and riot police had helmets, Children were not issued helmets. We did have some helmets, they were handed down to us by veteran parents, uncles, or cousins. They were for playing army, not for riding bikes, skateboards, or shoes with wheels. Excuse me, roller skates.

Nor did we have knee pads, wrist pads, or elbow pads. Don’t get me wrong; I’m not at all opposed to these safety accessories. Our daughters had them, and if I had my way my granddaughter would wear them all just to eat soup. I can say with confidence, however, that if an eleven year old boy donned all this just to ride a bike in my neighborhood (or my grandparents, with its dystopian playground), the danger of being “confronted” by peers was greater than falling off the bike.

I did break my arm falling off a bike when I was ten, and a helmet wouldn’t have prevented that. Okay, enough of casting a shadow on our modern day safety improvements. I’m all for them. Really.

Now, about the shoes with wheels. What we called roller skates was a metal sole shaped gizmo, atop four wheels, that clamped onto your regular shoes. They were secured with the turn of a key.  These clamps stayed secured onto your shoe for an average distance of three feet, or until you hit the next portion of sidewalk that was about five inches higher than the adjoining slab. You were then projected skyward without protection, unless you put on one of your relative’s army helmets.

Once again I was called on to capture a moment of terror for a magazine article about a roller blade accident. The girl pictured above was not seriously injured. As you can see, she is not from my childhood. She is properly protected with her helmet, elbow, knee, and wrist pads. Good for her and her parents. She suffered only minor scuffing of her safety gear.

In one way, however, I think our skates were safer. Our four wheels were in pairs: two in front, two in back. While they tended to slip off, they were stable. The modern in-line skate, for all our current safety measures, look terribly scary to me. Never tried them, never will.

Forgive me if I make light of some childhood memories about scary situations. Having been a child, being a parent, and a grandparent, I really am not laughing at real dangers. Gladly all my youthful falls and mishaps were relatively minor. In reality, I hate danger. Last week I shared what a thrill it would be to set atop a missile shot into space, but that was Walter Mitty style fantasy, I would have no guts or inclination to really do it. I’m thoroughly impressed with those who do, but it ain’t me, babe.

Life offers too many occasions for real anxiety for real reasons. When art directors call me to illustrate stories about scary incidents, they give me the ones with happy endings, Since I’m a humorous illustrator, they call me to do the lighter stories; I’m the one they call for whimsy or whacky.

I was pretty young when I flew off the merry-go-round in that schoolyard. Maybe seven or eight. I got banged up pretty good, but nothing requiring treatment beyond Bactine and band-aides. The real damage was to my psyche. It was another reminder of a broken world. I didn’t like these dangerous pieces of playground equipment. They disrupted the peace that should attend childhood.

Take a Sad Song and Make it Better.

These lighter pictures of childhood mishaps only skim the reality of the greater dangers in life.

Our sermon in church this morning was on Psalm 91. As psalms go, this is one of the more positive, focusing on God’s strong protection. It is sung with confidence that God will protect his people from a myriad of dangers.

The skeptic sees this psalm as incredulous. A few verses in and one can easily scoff at the idea that God promises full protection from all hazards. So many, even among the faithful, suffer. What, you may ask, is the songwriter talking about?

To understand how, or why, a lyricist can suggest such calm in the face of tragedy, requires a bit of understanding about art, poetry, and songwriting. Art can be used for many things, in many ways. One way is to depict scary, but survived, scenarios the way I did, with a touch of whimsy. Another way to do art is to depict real horrors with real grit, like so many of the sad songs within the Psalms.

Yet another way to write or draw about fear is to push our imagination into a future when we believe, or at least hope, all will be made right. If you like fancy words, this is called an eschatological approach: art making with a view toward the final outcome, the happy ending.

Psalm 91 isn’t nonsense because it is in no way denying the scary things that threaten us. It  poetically points to a  happy ending by speaking of it as a done deal. Similarly, the eleventh chapter of the Letter to the Hebrews (a sermon, actually) tells about believers who pressed on to a future they had yet to experience. It doesn’t mean they were delusional, many of them met horrible earthly endings. It means they were faithful. Psalm 91 invites us to sing with an assurance that the horrible mess will be cleaned up.

Psalm 91 is also called a “messianic” Psalm. That means it’s a song that finds its fulfillment in a promised deliverer, a messiah. That messiah is Jesus, the one’s whose birth we just celebrated last month.

The way Psalm 91 is fulfilled was by Messiah Jesus coming to take all the world’s dangers, all its spinning out of control, hard asphalt, broken glass strewn ugliness upon himself so that the ultimate happy ending rests not in wishful thinking, bucked-up determinism, or a secure safety helmet, but in the faithfulness of the One who will not let the sad songs drone on forever. 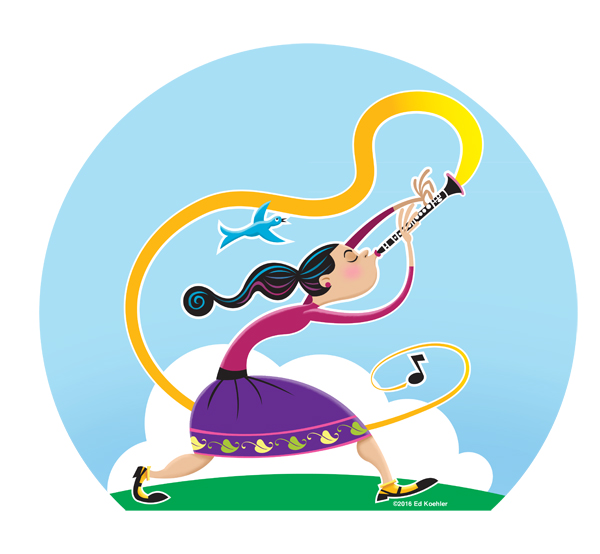