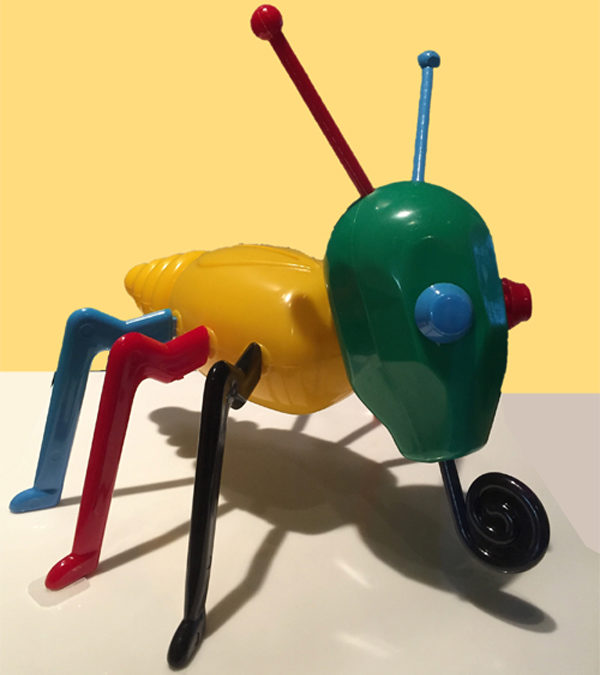 If you grew up Christmas observant, your annual ritual may have included the visit to Santa to share your memorized list of toys. If not, maybe you’ll still find something herein to appreciate.

The Missouri History Museum in St. Louis has a current exhibit featuring toys from the 50’s, 60’s. and 70’s. It’s a fabulous rerun of the consumer culture that attended the baby boom. When Boomer first arrived in 1946, it seemed appropriate that he or she would be eased into the real world through play. Nothing new in that, except this new way of playing, from roughly 1950 through the 70’s, would be with an array of toys not likely seen before.

Of course toys of some type have existed for centuries, but no one in 1870, 1470, or 370 A. D. had a Cootie Bug, an Etch-A-Sketch, or a talking doll with a pull string coming out of her neck (Chatty Cathy). These were standard fare for Boomer play and pleasure.

I, like everyone I knew, would sit on Santa’s knee and share my wants. I never wanted socks, underwear, or handkerchiefs. I wanted toy cars, toy guns (most of our fathers and adult male relatives were WWII vets), and toy airplanes. I really wanted airplanes. 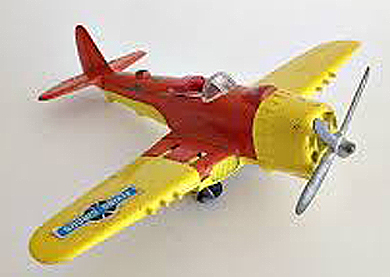 We lived in an urban neighborhood that was near a shopping area. Not a mall, or a big department store, but a stretch of several blocks that was home to a variety of five and dime, clothing, shoe, hardware, sporting goods, toy, pharmacy, grocery, bakeries, confectionary, and everything else shops imaginable. St. Louis had several of these shopping areas scattered throughout the city.

When I was about four my dad took me to visit Santa. This was Santa himself, not his wannabe helper who merely dressed like the real Santa. You know, the imposter who was at the store across the street.

As we approached the real Santa, my eyes looked up and I spotted the most beautiful thing ever. It was a silver and red carrier plane made out of real metal. I quickly told my dad that I was going to ask Santa for that airplane.

Christmas morning came, and there it was. My airplane, like the one shown above, was made by the Hubley Toy Company, . As mentioned, mine was silver and red, but I couldn’t find a decent picture, so I settled for this photo. I’ll credit the website below. It became one of my all time favorite toys, especially a few years later when I figured out it was a real dad who delivered on the goods, and neither a “real” nor fake Santa.

Did I mention the Cootie Bug?

Yep, that’s the critter at the top. Are these still around?

Cootie was a standard in the toy collection. I think it was actually some kind of game, but I really don’t recall the rules and can barely remember playing with it as such. We just put the thing together and hoped the little plastic leg nubs that stuck into the bug’s bod didn’t break off.

That usually happened though, dooming poor Cootie to a life on his side.

My favorite part of Cootie was the proboscis, which I pronounced with a long o. Sounded funnier that way. It was just the goofiest, most whimsical feature on this already goofy insect. I secretly wanted one, because that would be an optimal way to eat spaghetti.

If I can’t have a Cootie, can I have this? 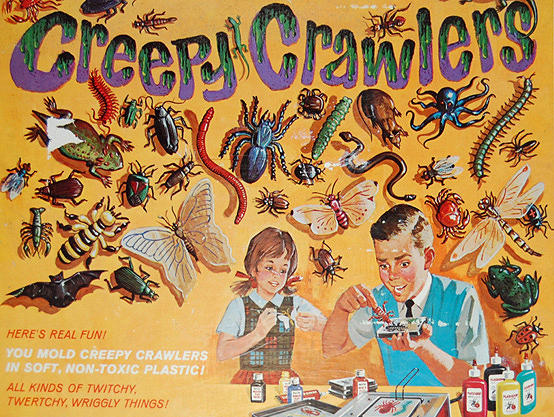 Why settle for one big bug with confusing game rules when you can make your own?

We had one of these! Just in case your home didn’t already have enough bugs, you could add to the entomological population by your own industry. Plastics, Ben.

Great package illustration, by the way. I love that junior is wearing a sweater vest and necktie. Well of course he is, he’s making bugs.

Sally back there is on the painting crew. She’s an apprentice and will work her way up to Journeywoman bug molder. The box proclaims “HERE’S REAL FUN!”, and they aren’t kidding. Look at their faces! Junior is maybe having a little too much fun.

Sugar and Spice and Everything Nice, and Trolls. 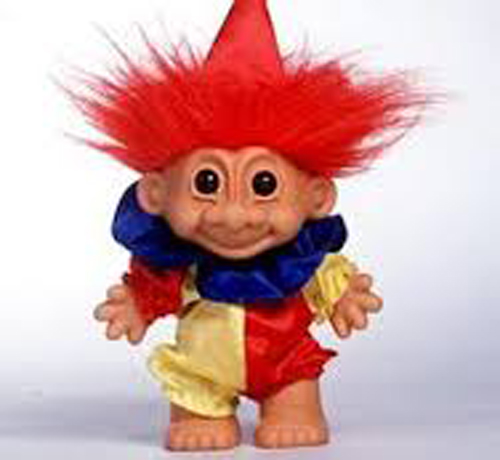 This was a girl thing. At least when I was a kid.

Creepy Crawlers, as shown on the box, was fun galore for boys and girls, but I only recall girls having a fancy for these trolls.

Every girl I knew, including my wife, find these things incredibly cute. That was good news for me, because trolls and I share genetic nose material. If girls found a troll beak appealing, I had a chance.

I chose this troll because he is dressed like a clown, adding to his already scary demeanor, and the fact that he’s even dressed. Most weren’t. Maybe the idea was that girls could make “outfits” for their trolls,

I’ve pressed my wife as to why these are considered so cute, and the answer is they just are. I guess they kind of grew on me. We have two dressed as carolers that sit near the tube at Christmas time, and they are pleasant enough.

Toys seem to be a fond memory for everyone. While my daughter Anna and I attended the exhibit, I struck up a conversation with a woman about my age or so, about the original Mr. Potato Head. We had a delightful time sharing our experience growing up in St. Louis.

As an aside, for those who don’t know, the original Mr. Potato Head kit included only the features: eyes, nose, ears, lips, hat, shoes, and yes, a pipe. You poked the parts into a real potato. Yep.

It’s  fun to laugh and recall some of the goofy stuff we played with, and reminisce about toys we wish we kept. It’s pleasant to remember parents and relatives who contributed to the collection and took time to note what “Santa” needed to bring.

Please leave a comment below and share some of your favorite toys and their stories. My readers and I would love to hear them. Thanks!