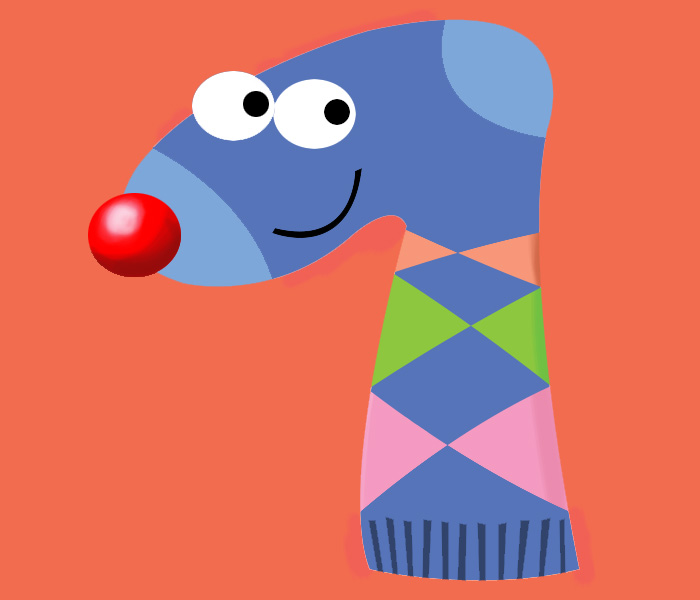 Some time ago I told you about my deluxe Jon Gnagy Art Kit that I got when I was five years old. Jon Gnagy, the original television art instructor, built everything on the four basic shapes: Cube, Sphere, Cylinder, and Cone.

Every drawing uses these shape in some way or another. One of the joys of being a children’s illustrator is that I can stay close to these shapes all the time. I love the challenge of keeping things simple. Today I spent the afternoon playing with simple shapes and trying to come up with either a whimsical character or a metaphorical image.

Up there at the top is a sock dog. I grew up with Sherrie Lewis and Lambchop. Sherrie was a television ventriloquist, and Lambchop was her sock puppet. Lambchop was as cute as could be and she was nothing more than a simple sock. Nothing more was needed to delight the boys and girls.

Thinking about a lamb sock named Lambchop compelled me to draw a sock that could be a dog. Or maybe a reindeer, given the red nose. Whatever. I just wanted to trim today’s drawings down to simple and cute. 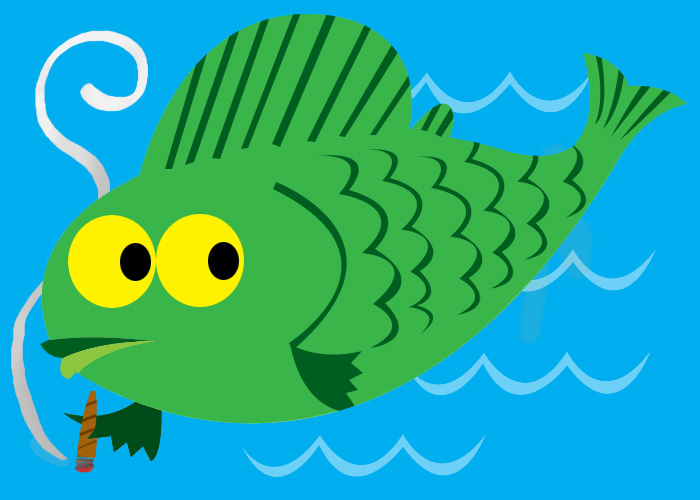 Does this mean I get a PG13 rating for showing a smoking fish? Kids, adults, fish, and any other living thing; don’t smoke!

When I was a kid I went through a stage where I drew a lot of smoking fish. I can’t remember why. Maybe I saw a cartoon of that and simply copied it, or maybe it came from my own fertile imagination. In my youthful cartoons, the fish had a big cigar sticking out of his mouth. The idea struck me as funny.

What can I say?

The goal for today’s play was to do no deep thinking, no preliminary sketching, but to just draw right on the Mac and see what happens. 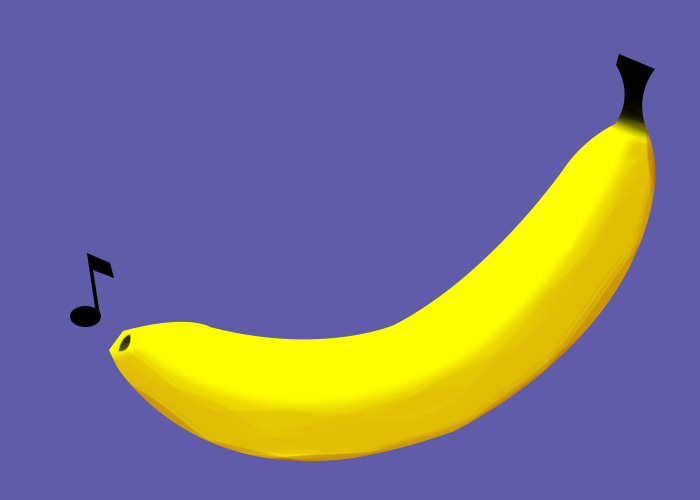 A bent yellow cylinder becomes a banana. I was tempted to add spots and more shading, but no, I resisted. I decided the bold yellow needed a rectangular background in complimentary purple. I added only black to the stem, and the little nub thing on the other end. Once I added that little nub thing, I thought it looked like a little whistling mouth. So I added the note, and then a happy accident occurred.

We artists love the “happy accidents”. They are so fun, we don’t mind not taking credit and claiming they were intended and all thought out. I added that note, and then a few minutes later saw how  nicely it countered the upper stem. This was a surprise for me.

That’s the fun of keeping it simple. Pleasant things happen and you feel like you’re just along for the ride.

What do we have so far? A Sock Dog, a former Smoking Fish (he just quit), and a Whistling Banana. Fun.

One of the more challenging things in the wonderful world of whimsy is to come up with a metaphor. Sometimes the image comes first. This pizza slice is an example. 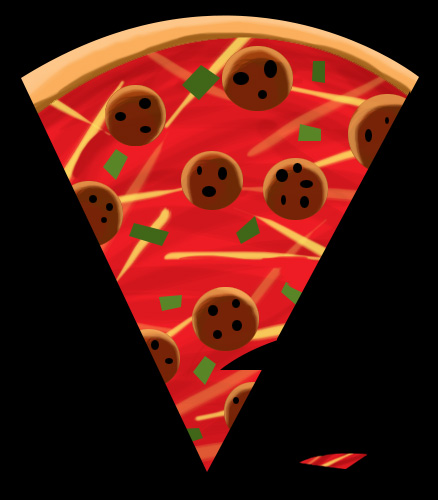 At first I drew a slice of pizza that was going to be humanized by simply adding a couple of bulbous eyes, a nose, maybe some limbs. Nah, that would just look like a little add for a neighborhood pizza joint.

I got rid of the eye and nose, and simply kept this small cut out “mouth” on the lower right of the wedge. Then I decided to add the cut out piece lying there. That made it look (to me, at least) that the downturned mouth was displaying some angst over the lost bit of pie.

I’m not sure what the metaphor is. Maybe there really isn’t one. What I did notice (happy accident, again) was that the look of angst was achieved without an eye or nose. The inverted wedge and the placement of the mouth and severed piece already accomplished an interaction and made it look like the pizza was looking downcast, even without eyes.

Some of the pepperonis look concerned. They also look like chocolate chip cookies instead of sausage. If this were a paying gig I would resolve that. 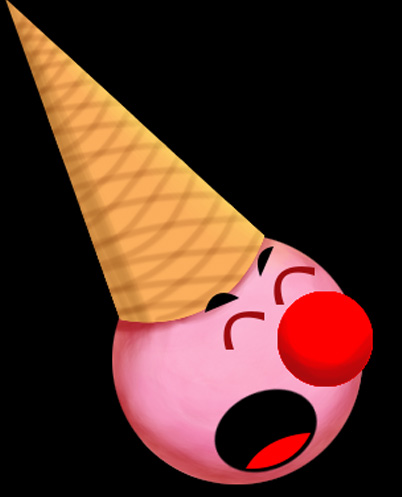 Finally there is this. This was the last one for the day, and I’ll let you weigh in on what it should be called. I already know, but I want to see if it comes across. Keep it simple. Drop me a line either in the Comment field, or in the Contact Me on the Homepage.

My life as an artist has been an ongoing challenge to loosen up and to simplify. It’s counterintuitive to me, because as soon as I got early praise for my drawing skills, I tended to obsess about making the next piece a masterpiece. Obsessive noodling, over-shading, stiff, tight drawing were things I needed to resists. Or learn to play with.

For whatever reason I’m wired to like hard lines, clean bright colors, and well balanced shapes. No matter how many teachers told me to loosen up (and all did), I would veer back to tight lines. What I eventually learned was that those tight drawings could be made looser by skewing the perspectives, paring the shapes down to the basic four, and letting a quirky critter pop out of seemingly nowhere.

I tell my clients that if I’m laughing as I draw, they will get the best work out of me. My tendancy to tighten might hinder my laughter, but usually I find a way to figure out where the whimsy is in those cubes, cylinders, cones, and spheres.

If you enjoy these forays into art, whimsy, philosophy, and creative pondering, please subscribe and share with your friends.