A Theology of Imagination 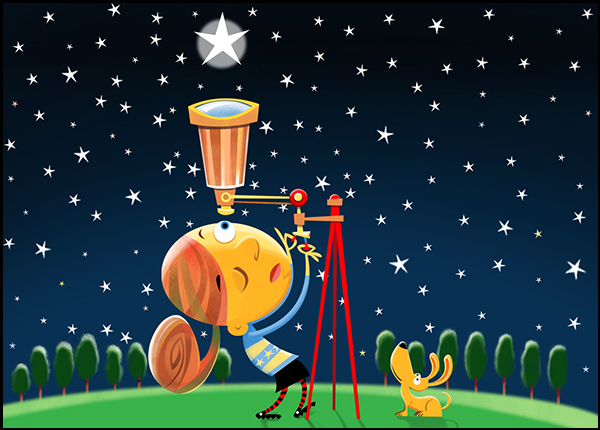 A Curious View of Life 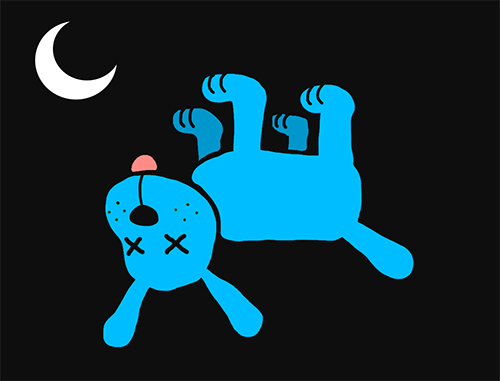 Last week Judy and I were in Denver, CO. Sunday was our last full day and we wanted to do something fun and special.

After dining at Pizza Republica, a nice Italian Trattoria downtown, we moseyed over to the Denver Arts Center. The Ellie Caulkins Opera House offered The Curious Incident of the Dog in the Night-Time, a Tony award winning play. It sounded very interesting and we were able to get Orchestra Gold seats a half dozen rows from the stage.

The play is a theatrical tour de force. It is based on British author and illustrator Mark Haddon’s 2003 novel with the same title. Christopher, a 15 year old boy somewhere on the Autism spectrum, sets out to find who killed Wellington, a neighbor’s dog. The mystery itself is quite challenging for Christopher, but all the more so as he navigates a world of metaphors, similes, sarcasm, jokes, and the “normal” human ability to lie and tell half-truths.

Christopher is a math genius and intent on testing for A Levels three years ahead of schedule. Being a math genius, and accepting only that which can be observed and tested, Christopher doesn’t do well with abstractions. Metaphors are particularly burdensome, as even the word itself, he explains, is a metaphor.

Author Mark Haddon, describes himself (if Wikipedia does him justice) as a “hard-line atheist”. I’m nearing the end of The Curious Incident of the Dog in the Night-Time, which Judy gave me for father’s day. The book, like the play, is filled with mathematics far beyond my comprehension. That doesn’t mean I’m not enjoying the book. I’m getting the gist, even if the exquisite equations elude me.

I think that Haddon, via Christopher, is intending to advance atheism with irrefutable logic and mathematics. That’s not a condemnation, but an observation. Haddon, like me, lives in a free country where ideas are allowed to compete without retribution.

Atheism is an idea about life, and one that I find curious. I find any number of things about atheism curious. For instance, I believe it lacks imagination. I find lack of imagination a curious thing for humans. I should straight away admit that the atheists I’ve known don’t think of themselves as unimaginative. They enjoy fantasy, art, music, poetry, and all those creative endeavors that are fed by imagination. Atheists feel that they know the difference between enjoying fantasy, and living by it. I think they would argue that theists live as though the fantasy is real. Atheists allow themselves to play, but think they order their lives according to reality.

Christopher has a couple of conversations with Anglican Vicar, Reverend Peters. Christopher questions the cleric about heaven. Heaven, Rev. Peters tells him, is outside the universe. For Christopher, the universe is all there is and if heaven is outside it, it can’t exist .Christopher does consider there might be heaven on the other side of a black hole, but then he reasons that dead people could only get there by being fired off in rockets and jettisoned through the black hole. He dismisses this however, because he thinks people would notice all these rockets leaving earth.

The vicar doesn’t have an answer, and so he suggests they table the conversation. It’s Haddon’s book, so he’s free to make the vicar an inept apologist.

In any case, it’s clear to me that Christopher lacks imagination. I don’t fault him for this, he has a condition that makes it hard for him to relish fantastic things. While this may make Christopher less playful than others, it does serve well on many levels. Christopher would not imagine himself to be a fish and try to breath underwater.

It’s good to live realistically, but what I would like to ask Christopher, or more realistically, Mark Haddon, is whether it is unrealistic to believe in a Creator who intentionally orders this incredible universe. Conversely I’d ask if it is realistic to think, or to KNOW, that non-things can make themselves into things. Is that based on a realistic observation of life? Furthermore, is it realistic to think that the non-things that became things, self-evolved into higher things that pondered things like existence and meaning? Then to find that these thoughts about existence and meaning were only tricks of biology?

I find that curious, because it posits a lot of things that can’t be proven. I’ll admit this worldview is imaginative, but not imaginative enough.

Webster defines imagination primarily as the act or power of forming a mental image of something not present to the senses or never before wholly perceived in reality.

It takes imagination to consider that highly evolved brains, those that universally developed religious thought and ideas about a creator, do so only to be deceived by biological trickery. Is that an advanced brain, or a deranged brain? Since the vast majority of humans consider that human life has unique meaning, and is put here by some higher life, is that noble thinking or degraded thinking. Does that mean that our “meat computers”, as some call our brains, are reliable machines, or unreliable machines? If I plotted a simple straight line from point A to point B in my vector software, and it squirreled up an erratic line, I’d consider the computer (or its software) corrupt, not advanced.

Our senses strongly cause us to wonder about our existence and meaning. If pondering our own significance is suspicious, how do we know our other inexplicable ideas, like justice, love, self-worth, fairness, generosity, et. al. aren’t suspicious?

Atheists tell me that the universe is amazing. Is that genuine amazement, or trick amazement? When amazed, are they aware that their amazement is only a jacked-up biological response to what they see, or are they really amazed?

Believers believe the universe is really amazing, not artificially amazing. Believers find the universe amazing for a whole lot of reasons: it’s obvious beauty and complexity. It’s sheer magnificence; it’s grand design; it’s clear declaration that it was created. It is glorious.

There are other reasons we believers believe that the universe is genuinely glorious. We are sad when things go wrong in it. Atheists, it appears, are sad about that too, but I don’t think they have any reason to be. If the reality is that the self-made, insignificant universe is headed to nowhere but oblivion, what difference does it make that things happen that we don’t like? We are headed to nowhere along with it, and if it never meant anything, and will never mean anything, then it means nothing now. Who cares about fossil fuels and climate change?

Not very imaginative, but realistic, if one is an atheist. I know atheists don’t like people like me to talk like this. They argue that by imagination we can improve life and make things better through science and conscientious technology. Indeed we can, but for the atheist, what’s the point? Momentary delay of the inevitable?

I recently read Candace Millard’s excellent book, The River of Doubt. As Theodore Roosevelt and his expedition trudged through the unchartered rainforest, I learned a great deal about its ecosystem. Rubber trees, writes Millard, evolved not to provide tires for Henry Ford, but to choke insects with their latex. This is but one example of the harsh reality of life in the rainforest. Even to call it harsh is an unfair assessment. It simply is what it is, it has, naturally speaking, no rightness or wrongness to it.

If a rubber tree is not immoral for choking insects to death, why are insignificant humans held accountable for choking out weaker civilizations? Yes, I know the current spate of atheists argue that human ill-treatment of others isn’t viable, biologically speaking. How do they know? It’s viable enough for the stronger species. And even if it isn’t, why is it denounced in moralistic terms? I’m amazed (genuinely) by the number of atheists who blog and post on social media in highly moralistic tones against those they judge unjust. They aren’t content to simply point out their biological mis-steps, they denounce them with heaps of curses as though they were in violation of some real moral code. 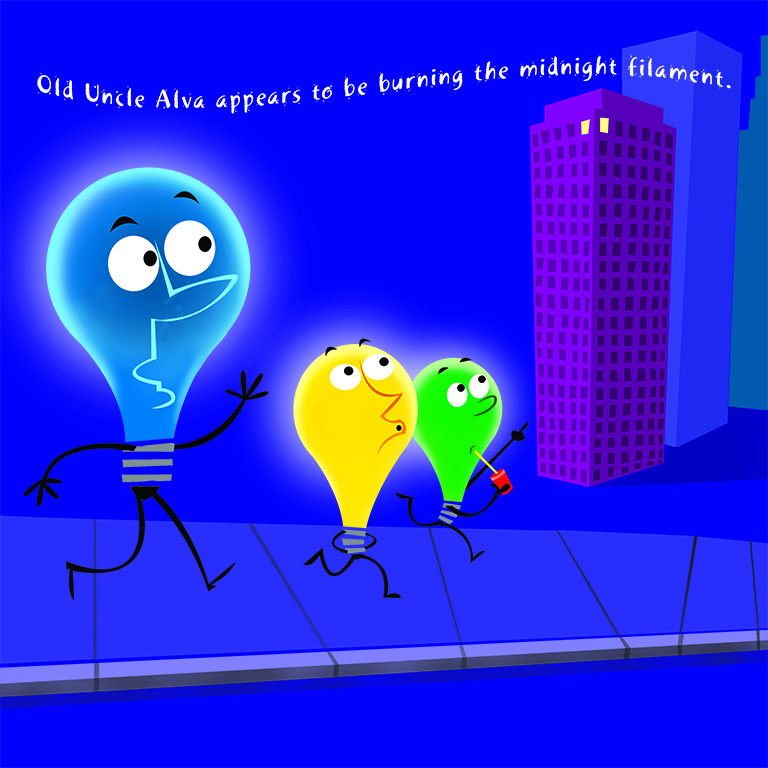 I put these lightbulb strollers in for fun. It’s a night-time image, and I simply like the contrast of the colored bulbs against the purple night sky. I’m sending it out to curriculum publishers, thinking the style might find a place in workbooks. I hope so because I like doing quirky art like this.

Back to the subject at hand.

The image at the very top is a piece I did a couple weeks ago. I call it Astronomy Girl. Some of you have seen her on my FB pages. It’s simply a whimsical image harkening back to my own dabbling with astronomy when I worked at the McDonnell Planetarium. She and her curious dog are gazing skyward at what most of us humans call creation. It’s natural that humans call the universe creation because we instinctively know that nothing doesn’t make itself into something. If something did make itself out of nothing, that begs the question as to why anyone ever thought someone made the something. But that’s not how humans think.

Humans think like this: we stand in front of a beautiful painting and admire the artist who created it. I’ve never met a person who went through a gallery claiming all those beautiful things created themselves.

No less so when we look at the night sky. My astronomy girl is curious, her dog is smiling, both are proper reactions. For the moment she’s concentrating while focusing in on the object, but soon she’ll smile along with the dog, because she will be amazed. Genuinely amazed.

The heavens declare the glory of God, and the sky above proclaims his handiwork. Day to day pours out speech, and night to night reveals knowledge. Psalm 19:1-2