An Artist and His Models 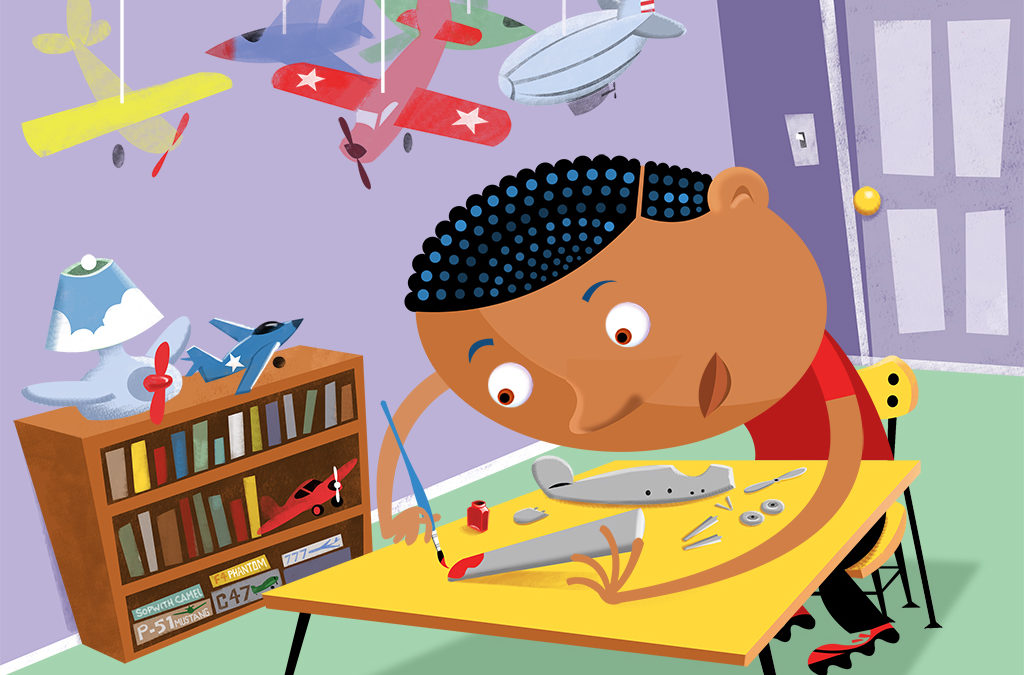 When I was a kid I cut grass for neighbors every Saturday. With the proceeds I would buy a model, usually an airplane. Cars and ships were great, but I more often brought home an airplane. My planes ranged from WWI through Viet Nam. I also had some commercial and pleasure aircraft as well as Cold War and experimental aircraft. Does anyone remember the VTOL (vertical take-off and landing) model or the Flying Wing? I wish I had those airplanes. Sadly, as is often the case, as teenage priorities took over I grew out of the model building stage. Too bad; I had some great airplanes. I did take to building some models as an adult. I built a few that were really important to me, like a 1:48 scale Eastern Airlines DC-3 that sits in my studio.

I like things that fly. I think it goes back to when I was quite young. My grandparents lived near Lambert Airport and planes would come in quite low upon arrival. The earliest I remember were some DC-3s, which were by then cargo planes, and Constellations, those great three tailed birds. Most would have been Boeing 707s, the coolest image of the early jet age. St. Louis was a major hub for TWA, and their white and red color scheme captivated me.

While most of my planes were military, I did like building an occasional airliner, preferably with TWA decals. My second favorite was probably Pan-Am. They had a great logo that not only branded their planes, but their huge, iconic office building in New York. It’s now a Metropolitan Life building, but I still picture it with that great Pan-Am globe graphic.

I hope model building is still popular. It is with this kid, I’m glad to say. He’s one of my latest in my current “big-round head” series, like Astronomy Girl and Hey, Wait Up!, which also can be in this site’s portfolios. This kid has a great collection and several more ready to go in his bookcase. Take a look to see what he’ll be building next.