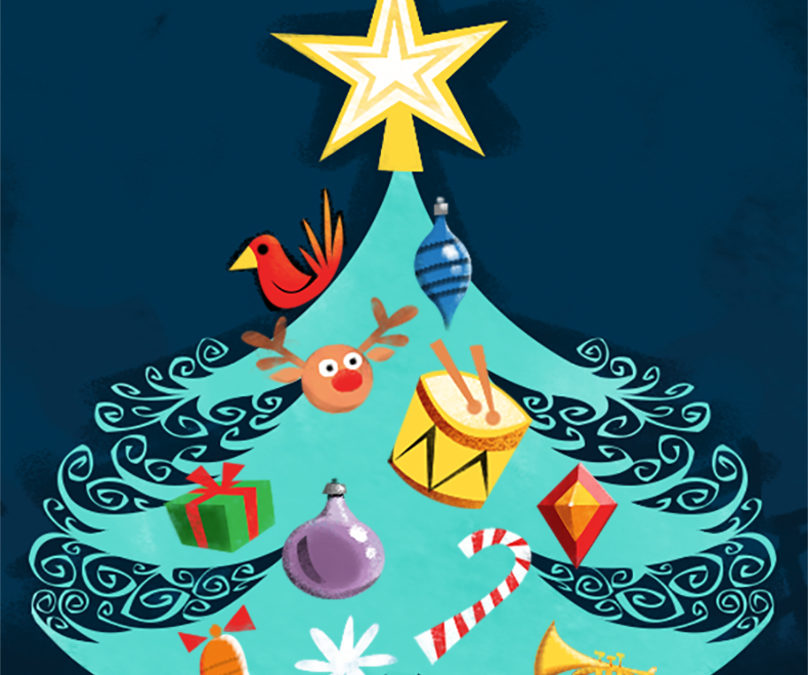 Even if you don’t speak German you may know the song. Roughly translated, that line is “How faithful are your leaves!” A Tannenbaum is a fir, or evergreen tree. This song was a standard in the predominantly German neighborhood in which I grew up. We learned it in grade school and relearned it in high school German class, along with Stille Nacht.

To Tree, or Not to Tree, That is the Question.

As we near December, certain things can be counted on. News magazines will yet again publish their glossy special editions investigating the “real” Jesus; bumper stickers will remind us of the reason for the season, and a certain religious group will knock on my door offering a free magazine that explains the nefarious origin of the Christmas tree.

Lest this group be singled out, my own religious group has branches that have, in days past, banned Christmas altogether. For most of you this is probably a non-issue. For others you may have found yourself in heated discussion about the pros and cons of lighting up a tree in your living room.

The cons argue that trees were worshipped by pagans, and this holiday in particular goes back to the celebration of Saturnalia, the ancient Roman festival that took place this time of year.

The pros argue “so what?” and claim the freedom to rearrange it all into a Christian observance. The evergreen represents eternal life, the lights remind us of the Light of the World (Jesus), and gift giving reflects the greatest Gift Giver of all.

Suffice to say the discussion can become very involved and I won’t resolve it in these few paragraphs. I lean to the “pro” argument, but I won’t go to the wall over it. We put up the tree, but we don’t dance around it. When the certain religious group shows up with the magazine, the tree at least serves as a springboard to talk about deeper things than a fake fir with baubles.

Trees I Have Known.

I’m going to walk through the woods of various Christmas trees in my memory.

Most trees of my youth were real. Always a balsam fir for us. The challenge was to find one that was evenly branched on all sides, not too tall, but not too squatty. This balsam species was not lush like a Douglas fir or Scotch pine. They had nice open spaces between each row of branches, which allowed for long strands of tinsel, and the big lights that were popular at the time.

Later we transitioned to the artificial tree. It might have been a let down at first, but I grew to prefer it. It was always full (no bare spot that had to face the wall) and it didn’t dry up and pose a threat. The newer style small lights looked more up to date than the old ones.

Then there was the Aluminum Tree. I often refer to this as the “Tavern Tree”. Our neighborhood was full of taverns. If I recall, their seasonal decor of choice was a silvery aluminum tree with uniform one color ornaments and a color wheel that gave this modern spectacle a rotating aura of red, green, yellow, and blue.

On rare occasions I would happen upon one of these gems in a private home, which I immediately associated with unbridled wealth. To me they looked amazingly modern and expensive. And futuristic. This was the kind of tree we would put up in our space colonies.

As wondrous as that tree was, my favorite childhood tree belonged to my grandparents. It was white. Flock, I think they call it. An aluminum tree had space-age excitement going for it, but this white tree was something else. It didn’t look old, it didn’t look new. It looked exotic, like it came from a forest in Narnia (though I never heard of Narnia back then). I think it added to the charm that it was only a few feet tall, since it sat on a table that served more as a pedestal for this fine fake fir.

Feeling festive about these various trees compelled me to create a fun one for my Christmas card. I went for a bit of a fifties look. Once I got going on the filigree-tipped branches I decided it needed an in-between color, rather than a standard spruce green. Hence the slightly off 1957 aquamarine.

Thanks for joining me on my journey through Christmas trees past. If you have any favorite holiday decorations, please share. Thanks for reading.