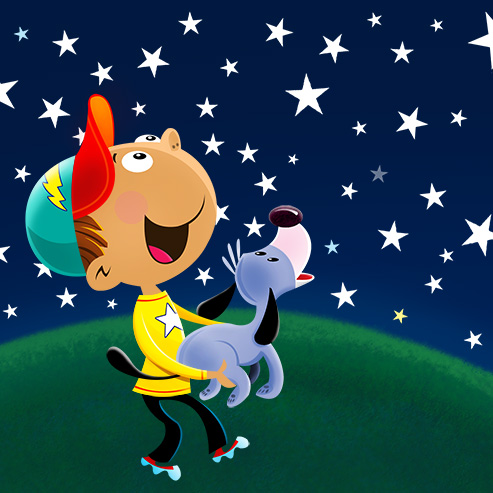 Our granddaughter started Kindergarten last week. One of the first things to ascertain from a five year old is “what they want to be when they grow up”.  Her career choice is “Space Teacher”. The school took a photo of her holding a blackboard proclaiming her intention “to be a Space Teacher”. If she stays the course she will eventually call herself an Astronomy Teacher, but I prefer Space Teacher. It’s whimsical. 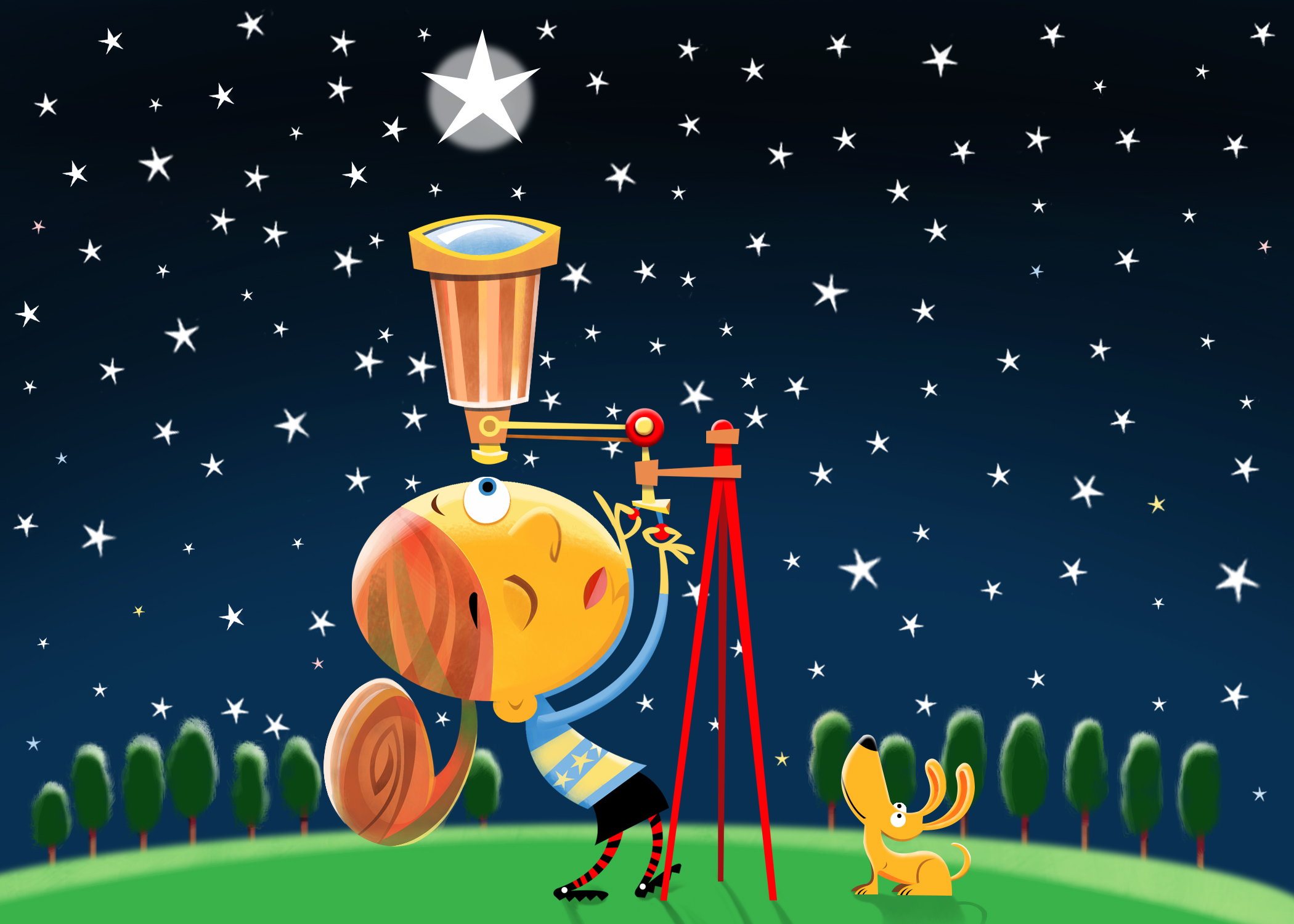 I’m one of those right brained heavy souls that didn’t fare well in math and science. Oddly I like reading about both, especially biographies of folks like Einstein, Galileo, computer pioneers and astronauts. My first professional artist job was at the McDonnell Planetarium, and my required Science course in college was Astronomy. I actually did pretty well in it, averaging a B, if I recall. Not bad for a right brained soul.

Astronomy had its grueling technical stuff, but it was largely visual and fun. What’s not to.love about gazing at the heavens and being able to identify planets, constellations and nebulae? My planetarium artist day job was actually a work-study gig that provided financial aid. By night and weekends I was a gallery attendant and Planetarium show technician. That means I gave “Star Shows”. That means I stationed myself in an elaborate control console peppered with an array of buttons, dials, and switches with which I controlled the multi-media planetarium production. In addition to pushing, dialing, and flipping on cue in OZ-like gyrations, I wielded a laser pen, aptly pointing out Orion, Ursas Major and Minor, the Crab Nebula, far away Andromeda, and all the heavenly splendors replicated by the Goto L-1 Saturn Planetarium Projector.

It was great fun!

A perk of this job was that much of the art in the shows I showed was done by me. Seeing what could be done with the kind of art I was learning to make was an affirmation that I was in the right calling. I felt good about learning “commercial art” and found that I preferred it to the Fine Art curriculum in which I was enrolled. Not that focusing on fine art was wasted; the learned skills are interchangeable. What I liked was making art that involved story-telling and transferring information.

Another morale booster was that my art appeared in newspapers, magazines, and even on television, as part of the Planetarium’s promotional/educational campaign. Once I delivered an illustration to our local CBS affiliate in its downtown high-rise office. This was quite a lift for a nineteen year old budding artist. The station’s art director was a seasoned old pro of about 50. He kindly received my spot illustration, which was going to appear on TV for a few seconds before midnight. Looking it over, he gushed about the exciting future before me as a “Space Artist”. I don’t know whether he was just being nice or if he really saw my supposedly bright future in contrast with his old-fashioned, earth-bound career. 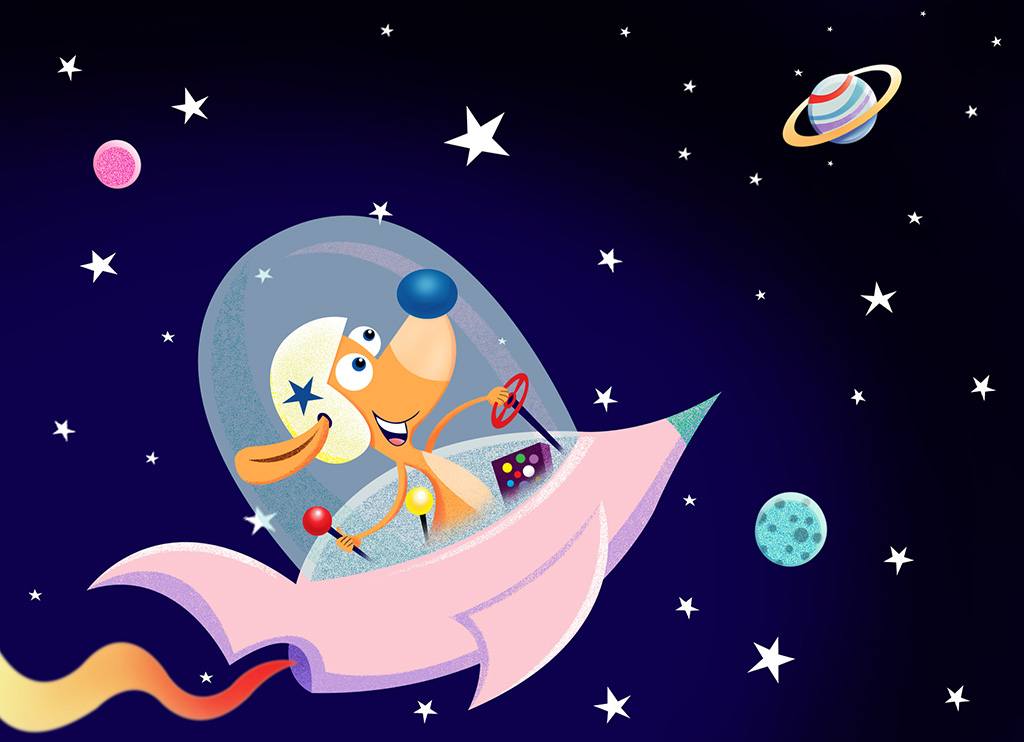 My work study job evolved into a consulting job, and I provided art for the Planetarium for a couple years after college. I never became a legendary Space Artist in the mode of Chesley Bonestell, Robert McCall, or Paul Calle (see links below to view their wonderful work). My sensibilities leaned toward the whacky and whimsy. Maybe Spacey. To this day I love to make fun images that involve star-gazing and flight. I like anything that moves through the heavens, from birds to blimps to planets and comets.

This recent assignment was right up my flight path. Greg Trine, a splendid author in Ventura, CA called upon me to illustrate the cover and some interior art for his new book, George at the Speed of Light, which will be available in November. I won’t give away the story, but this is a really fun book for 8-12 years olds (or older folks like me who draw stuff like this).

Thanks Greg, for bringing me onboard! 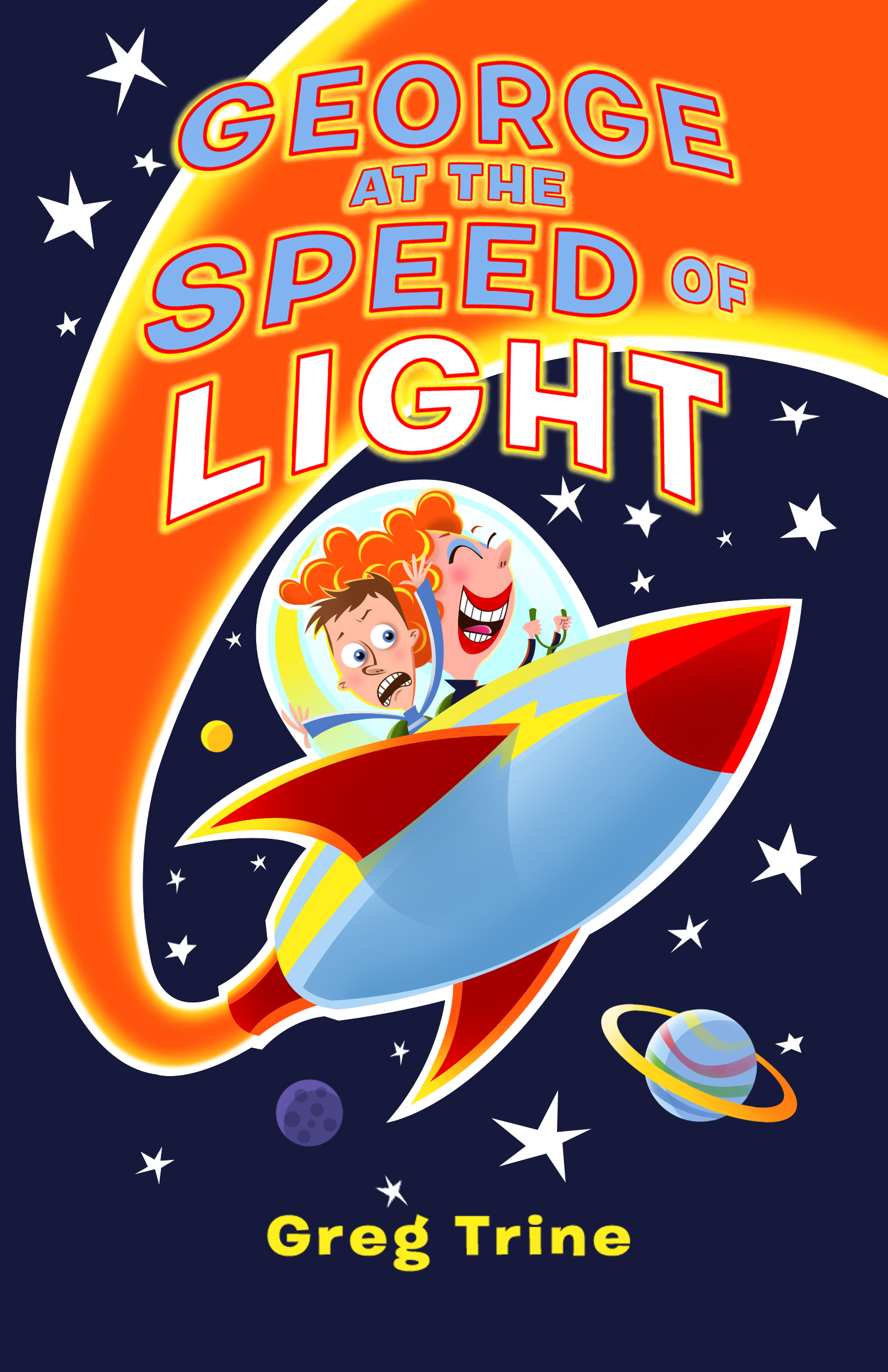 George at the Speed of Light ©2019 Greg Trine http://www.gregtrine.com

Greg was drawn to the Astronomy Girl image shown above, and I was thrilled to find the style of that self-promo piece parlayed into an assignment. Since I draw first to satisfy myself, feeling that’s the best way to satisfy my clients, it’s always a pleasure to find my work resonates with others. That’s when healthy collaboration happens. When a writer, editor, or art director is as seriously silly as I am, good things happen.

I’ll close with this image of Heloise in Her Helicopter. She’s not heading to outer space, but she’s in flight and it feels right. 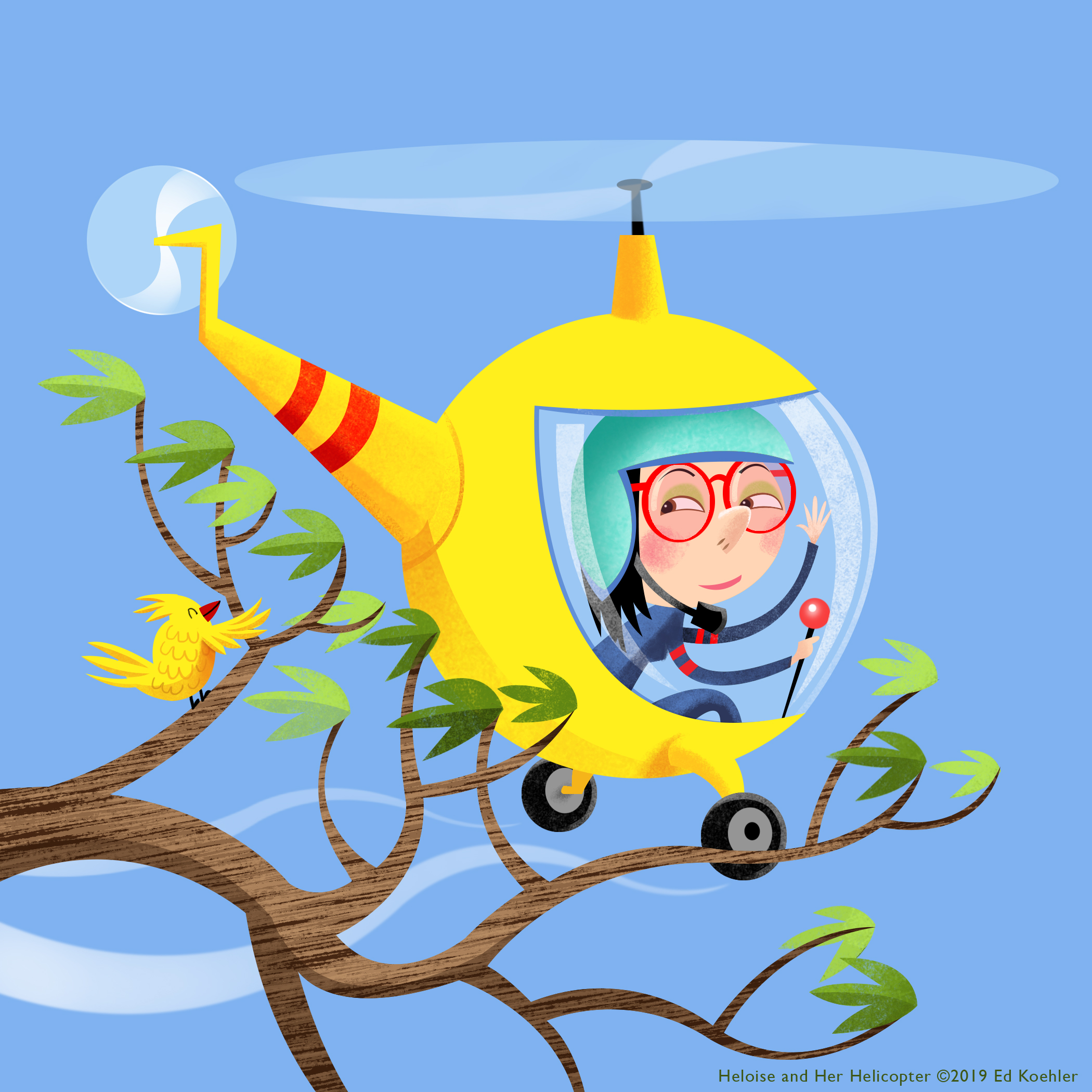 Thanks for taking this short flight with me. My mind was on space, astronomy, stars and ships. If our granddaughter does become a space teacher, I hope she will be able to impress upon her students that the heavens declare the glory of God; and the skies proclaim the work of his hands (Psalm 19:1). It won’t be hard for her to pass that on to students. Like our ancient ancestors, they’ll know it when they look at the beautiful night sky.

Please take a moment to look at the great work of these fantastic space artists: